This one has been around for a couple of years: 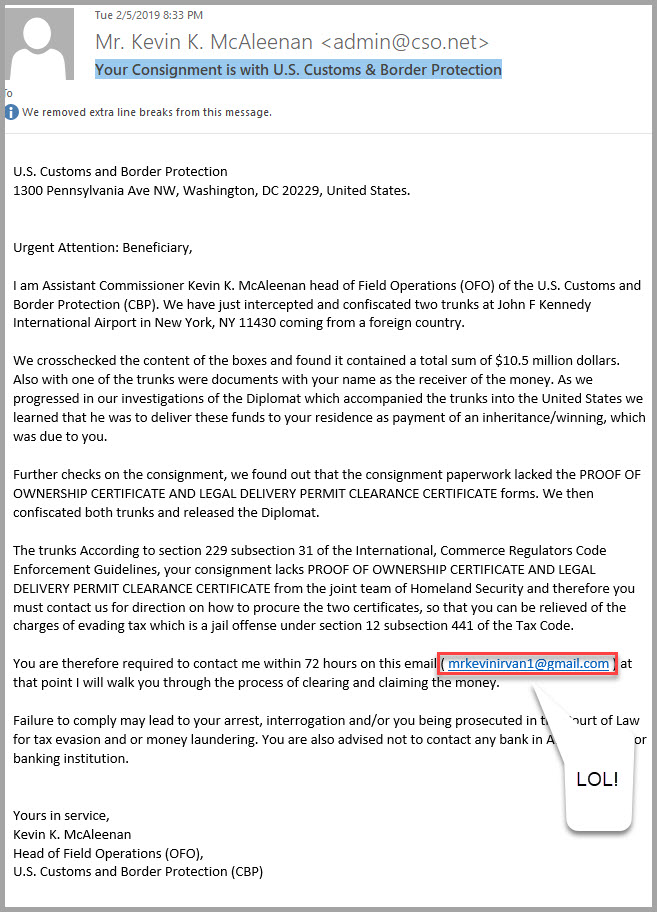 Let's take a look at the email headers:

And where is that IP address located? 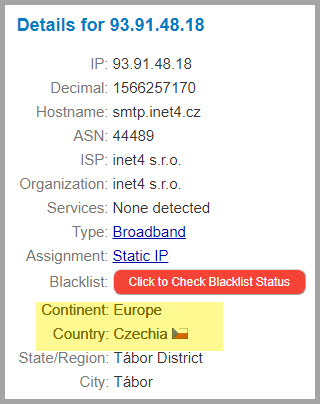 This one is pretty lame, compared to others I've seen.  The following is from the US Customs website (they've seen it,too!)

Keep in mind the following FACTS to avoid being scammed: